Sign up to the latest free online events to get insights and ideas to enrich your teaching.

You and your students can access a range of resources on William Shakespeare's The Tempest. 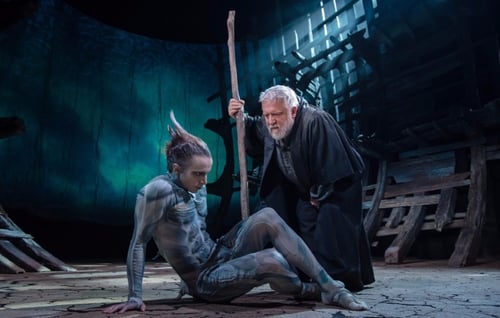 You can choose from a range of productions and resources to teach The Tempest, including this featured production from the Royal Shakespeare Company which was captured live in Stratford-upon-Avon.

Created in collaboration with Intel and in association with The Imaginarium Studios, it featured the first live motion-capture performance in a major classical stage production, creating a highly visually striking piece to engage your students.

Discover a range of engaging resources to help you teach The Tempest, including lesson activities, contextual guides, and exclusive insights from performers, practitioners and Shakespeare experts.

This captivating all-female version of The Tempest, part of the Donmar Shakespeare Trilogy, reimagines the story in the context of a women’s prison, exploring themes of freedom and justice.

Use this guide to unlock a variety of ways to engage with The Tempest, giving students the opportunity to use their imagination and enhance their writing skills.

Give your students exclusive insights into the play's characters as actors Leah Harvey and Harriet Walter examine the relationship between Miranda and Prospero and the twists and turns of Shakespeare’s classic comedy.

Engage your students with this highly visual manga retelling of The Tempest.

This melancholy reimagining of The Tempest uses a handwritten letter to explore the relationship between Miranda and the mother she lost.

Access interviews to help you teach The Tempest, including this video, where writer Daniel Rosenthal shares techniques to develop students' analytical skills.