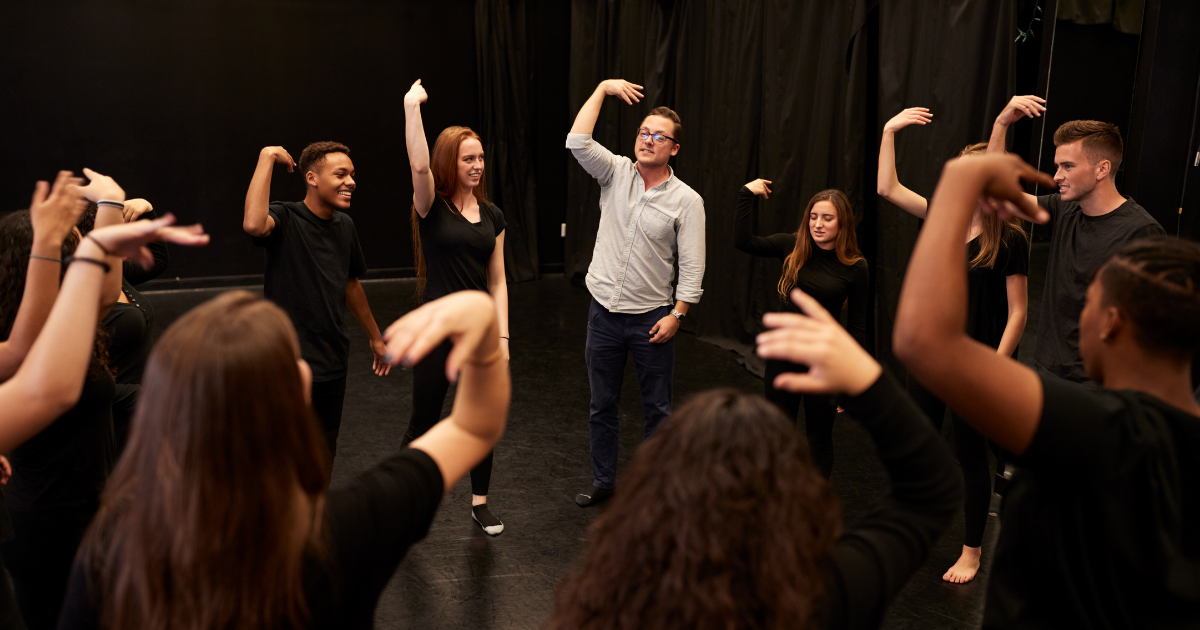 Devising theatre is perhaps one of the trickiest skills for a drama student to master – but also one of the most fun. It requires playfulness, a sense of adventure, intense collaboration, and a willingness to try, fail, and try again. It's also an incredibly important skill, as the majority of curriculums require students to create devised work as part of their qualification.

Here are five great devising ideas and exercises to spark creativity and imagination in your drama classroom, and get your students inspired and motivated to start creating their own work from scratch.

You can give students different scenarios to base their tableaux on, and question students on their positions in relation to each other. Students should be encouraged to use the character information when making decisions about their tableaux.

Next, ask students to improvise small scenes from their tableaux and encourage them to think about how these characters may speak and interact with one another. This will support students in developing their characterisation skills and allow them to consider the way an actor may perform the role.

Advanced students could work in larger groups and add in more characters to see how the image changes when new characters are added.

After watching a production, ask students to discuss in groups the themes and issues that are present within the play, making a list of these and choosing one theme/issue to work on.

Next, ask students to create an improvised scene based purely on that theme/issue, not on the play. They can think about a new scenario where that theme or issue might be explored by asking these questions:

Once students have performed their scenes, reflect as a class on how it was staged and what the differences and similarities were to how the theme or issue was explored in the original production.

3. Change the Scene
Extracted from A Kickstart Worksheet on Devising and Improvising

This exercise is a great way for your group to develop trust, collaborate and share in collective storytelling.

The key to this exercise is also speed, careful listening, and observation. The more you jump into the middle of the circle and allow yourself to play, the more you will discover. 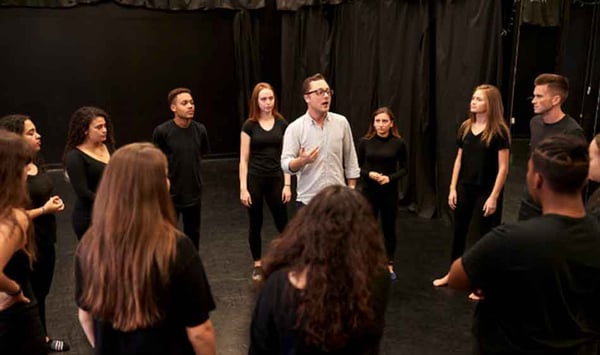 4. Warm Up with Dialogue

Give them one of the following situations, to begin a dialogue:

Keep the dialogue brief – a few seconds only – before they have to go back into the grid until the next signal to stop, when again they find the nearest person – a different one if possible each time.

Using sound to denote speech encourages physicality when starting out with characters. Consider this as a scenario:

A car driver has manoeuvred into a tight space and knocked into the bumper of another car. The driver of that car witnessed the event. Now he/she accosts the driver, as the latter leaves the car. An argument ensues. Only sounds can be used.

Explore as many of the following combinations as you can, noticing how the argument changes accordingly:

This exercise not only encourages experimentation but also shows how in any scenario there can be many ways of moving the scene on, led by the choice of characters.

Gobbledygook or sounds instead of words can be dipped in and out of, even when other parts of a scenario are in ordinary speech. It is another useful tool, especially when you want to underline a particularly physical or emotional moment.

Each of these activities has been extracted from a wider resource available on Digital Theatre+. To get access to the full resources, plus hundreds more engaging teaching materials and high-quality productions from award-winning companies – including devising specialists Frantic Assembly – get in touch with a member of our team today.

Beyond actor training: the work of the late Alison Hodge

Alison Hodge – ‘Ali’ to everyone who knew her – was a remarkable actor trainer and a leading...