Top drama games to play with your class

Let's face it: playing theatre games is one of the most fun parts of drama class. They're the perfect way to shake off the cobwebs of a morning spent sitting down at a desk, as well as uniting both students who love drama class and those who are perhaps a little more hesitant.

There’s also more to a great drama game than just having fun – these activities are an ideal way to start building key theatrical and 21st-century skills, including creativity, collaboration, focus, and much more.

At Digital Theatre+, we’re lucky to be surrounded by fantastic colleagues, many of whom come from theatrical backgrounds – whether that be educationally or as a former drama or theatre teacher themselves. For this blog post, we’ve rounded up some of our favourite drama games to share with you; we hope you find them as entertaining and beneficial as we have. 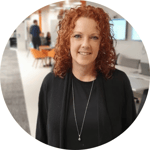 For Developing Focus: Look Down, Look Up
Alesha Tatum-Howe, Head of Theatre

This is a fun and energising game to help your class increase their focus, concentration and awareness. 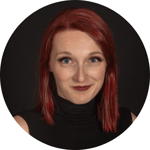 This game is great for building a sense of ensemble, working on soft-focus skills, and practising being truly in the moment. While there’s technically no minimum number of participants, the game works best in groups of six or more participants.

You can keep adding balls until you feel the group is maxed out. Likely some hijinks will happen with a ball getting thrown out of the ring; encourage the group to keep soft focus and listen to the physical cues they are receiving from the group. 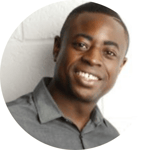 For Improvisation: Do You Remember?
Matt Clarke, Sales Executive

Teach your students the all-important improvisation rule of ‘yes, and’ with this game of blocking, which allows them to see the different impacts of saying ‘yes’ or ‘no’.

Each of the two elements can be played once or multiple times, and you can also experiment by swapping pairs around or trying the game with more than two players.

The aim of this energetic warm-up game is to increase concentration, dial up the energy levels in the room and develop eye contact.

Want to add an extra difficulty level? Ask the people on either side of someone who has just received the 'HA!' to raise their arms above their head with their hands together before bringing them down towards them, shouting 'HA!' at the same time. This shouldn't interrupt anyone else's calls, but be an extra beat between the sending and receiving of a 'HA!'.

You can decide if you want to make this a competitive game or not by asking people to sit out if they break the rhythm, fail to make clear eye contact or hesitate during the game.

The ‘human knot’ is another brilliant game for focus, awareness and concentration, while also building ensemble and developing your students’ collaboration skills.

Variation: Have your students try to untangle themselves without speaking. 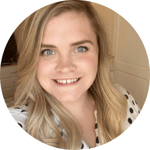 This game is a fantastic warm-up activity to get energy levels up. The game will also get students thinking quickly and increase their concentration!

You can vary the game by; 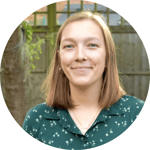 This is a really fun improvisational game to establish a playful and imaginative environment in your drama class. It’s great for building ensemble skills, too.

Materials: Four chairs arranged in the layout of a car, with two in front and two behind. Assign one of the two front chairs as the ‘driver’s seat’.

This improvisation-based game is a great way for students to practice jumping into different characters and exploring range.

For more fun drama ideas and activities, plus hundreds more teaching materials and high-quality theatre productions, get in touch with a member of our team today.

5 digital tools to build community on your course

As we venture back into the classroom and develop new hybrid in-person/online courses, or courses...

Teaching and directing with the Michael Chekhov Technique

This past June, as I set off to attend my first summer of training at the Great Lakes Michael...