Teaching and directing with the Michael Chekhov Technique

This past June, as I set off to attend my first summer of training at the Great Lakes Michael Chekhov Consortium, I found that I was very excited but also extremely apprehensive. I suffered from a fair amount of imposter syndrome for the first five minutes of my time there. However, with every minute that I spent with my teachers and peers, I knew I was exactly where I needed to be. I was doing what I was meant to be doing. My artist’s self woke up and explored and played in a way that she had not indulged in since my time in college over 25 years before. I not only stepped out of my comfort zone, I leapt out of it. For the first time, I explored exercises like ‘Staccato Legato’ and ‘Crossing the Threshold’ from the perspective of an actor, not of a teacher. I allowed myself to engage with the work in a new way, one that I had not fully grasped by just teaching this material from what I learned in a book or from watching videos. Now, when I take my students through these exercises, I work from a place of personal experience and not just theory. 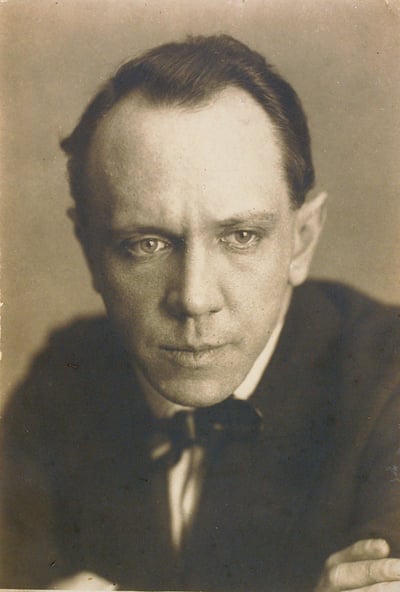 As I have become more attuned to my own artistry, I have found that I am in turn becoming a more receptive and fully engaged teacher and director. Teaching and directing 14-18 year old actors in the Michael Chekhov Technique poses its own set of challenges and rewards. I have been working almost exclusively with my students in this technique for four years now, so my juniors and seniors have a solid foundation to work from when we apply their training to outside of class productions. When we began working on our fall musical, Bright Star, in August of 2021, I decided to place a large emphasis on discovering the atmosphere of the show during the rehearsal process. Our first rehearsals, where in the past we would have typically focused on blocking the show, were instead used to play with atmosphere and improvisation.

“A company of actors working together to imagine the space filled with an atmosphere can make an astonishing impression.”

The Michael Chekhov Handbook: For the Actor by Lenard Petit

For part of my director preparation, I scored the show into blocks, created the wave of climaxes and auxiliary climaxes, and established the Artistic Frames, using Mark Monday’s excellent examples laid out in Directing With The Michael Chekhov Technique. In the first rehearsal, I called the four leading actors in the show and we explored the essence of their characters using Caroline Myss’ Character Archetype Cards. We sat on the stage with each other and spread the cards out like we were about to do a group tarot reading. Each actor found the 3-5 cards that best spoke to them about their character and recorded what they found in their scripts. We then got on our feet and played with creating full-bodied gestures for each chosen card.

I cannot express enough how important it is to get these young actors on their feet as soon as possible. Teenagers have a tendency to overthink and overanalyze everything! I have worked with young actors that can build incredible backstories for their characters but can never find a way to then translate that work to what actually needs to happen in their bodies on stage as they bring their characters to life.

Bright Star has three main settings within the play. Our rehearsals focused on exploring each of those settings separately. For the second rehearsal, all actors were called whose characters were in a Cane Farm scene at some point in the show. We spent the first part of that rehearsal allowing the student dramaturge to share his research to paint a picture of North Carolina in the 1920s and 1940s. We then transitioned into listening to selected music that I felt truly captured the atmosphere of Billy’s home (NOT music from the score of the show), walking the space and exploring it from a place of imagination and fantasy. During this movement exploration, the students were encouraged to play with the four qualities of movement – molding, flying, flowing and radiating. After spending a good amount of time with atmosphere exploration, we took time to spy back (Chekhov’s term for personal reflection) on our individual experiences within this exploration before moving on to the next step.

Masterclasses in the Michael Chekhov Technique on Digital Theatre+

In the second part of that rehearsal, we improvised each specific farm scene before using the actual dialogue from the script. Following the improvisation work, we talked with each other about what is happening in the scene from each character’s perspective. What discoveries were made in their improv work that is found between the lines of the script? This was our “table work”, but on the feet. I then allowed the cast to play through the scene with their scripts and the actual dialogue of the play. By the time we got to this point in each scene, where they were allowed to speak the playwright’s dialogue, these young actors had pretty solid instincts on where they wanted to move for their blocking. As their director, I was able to adjust and focus the stage pictures and clean up any blocking that might not read clearly to the audience. By the time we were in the midst of that work, my student actors already had a real sense of ownership and true collaborative play was happening within our rehearsal process.

“...we must not only train our artists to be able to do their craft, it is equally important to train them to articulate how they do their work. When one can talk about the how, one doesn’t need to struggle for years to find the way that works for them. This is why the Michael Chekhov Technique, for me, soars above others. The work is the most Stanislavski based of all, is simple, clear, easily articulated, and is immediately applicable to any text of any genre.”

Directing With The Michael Chekhov Technique by Mark Monday

As I move through my 4th year of directing and teaching with the Michael Chekhov technique, I am becoming more confident in the pacing I set when introducing specific principles and tools to my students. It has also become apparent that repetition truly is a growing power! Concepts that seem simple to me take much longer for my students to understand, process, and in turn apply to their work. Carving out time within class and rehearsals to spy back has made a huge impact as well. Nothing thrills me more than listening to my students talk about the actions and quality of actions they explored in a scene or monologue, and then being able to engage with them using our shared vocabulary to explore further possibilities.

The mental health of my students, especially coming out of quarantine and seeing the effects that isolation has had on their developing minds, is another reason I am so grateful to have discovered the work of Michael Chekhov when I did. I have more students in therapy than ever before, and I know without a doubt that working from a place of imagination and movement is much safer than asking these impressionable young artists to draw on personal experiences when developing their characters.

“Only compassion severs the bonds of your personal limitations and gives you deep access into the inner life of the character you study, without which you cannot properly prepare it for the stage.”

To the Actor: On the Technique of Acting by Michael Chekhov

I would like to end by exploring the Michael Chekhov quote above. Teenagers know everything. Period. I am nearing the end of raising a teenage daughter myself and have also been teaching this age group for over 16 years, so I truly believe that I can speak from honest to goodness experience. I have noticed over the past few years that my students are becoming more and more prone to denying acceptance of a role based on the fact that they do not agree with the actions of the character they are being asked to play. I continue to be baffled by this but have also found that the best way to engage with my students when they take this hard-line is to talk with them about the empathy and compassion that is inherent in the Michael Chekhov Technique. I try to get them to see that we are not only becoming better artists when we explore this work but better human beings as well. I share my personal growth in this technique and how it has led me to become a more active listener and to be able to pause and see a given circumstance from many different perspectives. As polarized as our society has become, I find it quite refreshing to be working in a technique that encourages the actor to be open and empathetic.