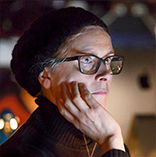 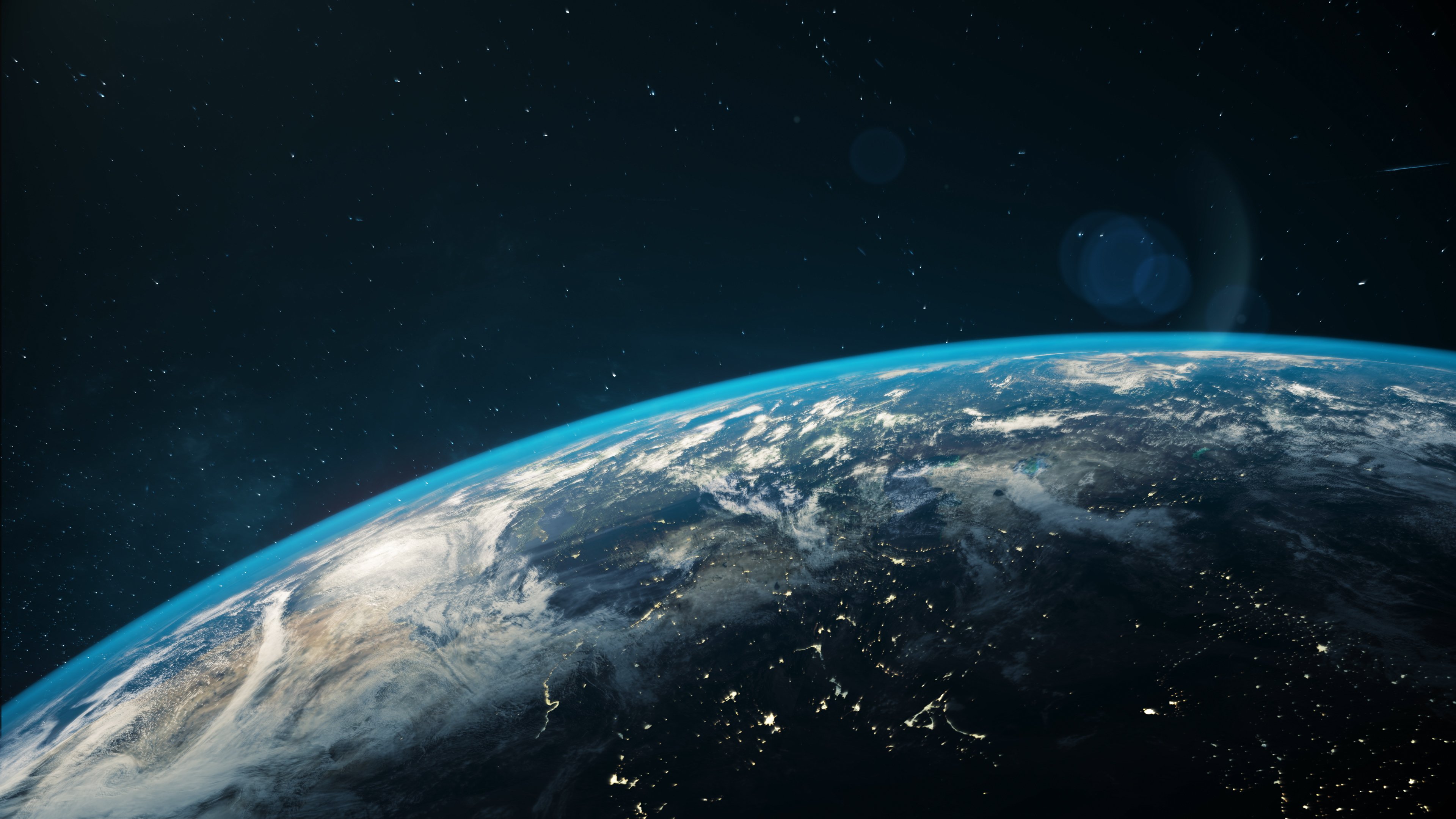 Katie Mitchell, revered UK theatre director – whose current show Little Scratch opened at Hampstead to rave reviews this month – writes here about her awakening a decade ago to ecological catastrophe and her subsequent explorations in ecodramaturgy.

We invited Katie to describe the innovations in both form and content she’s been experimenting with in recent years. Here, she presents us with some brilliantly sustainable ideas for seeing theatre through an environmental lens. For Katie, “it’s about ensuring that the content of a production and the performance form cohere with sustainable means of production.”

Whether that’s working with writers and scientists to create urgently needed new texts or breathing new life and relevance into the classics - and bringing race and feminism to bear on climate justice, she gives new meaning to the old saying that ‘necessity is the mother of invention’.

In 2011 I met Stephen Emmott, then head of computational science at Microsoft and a professor of computational science at Oxford University. The meeting was a part of an initiative by the National Theatre to bring scientists and artists into conversation with a view to generating new work. At our first encounter, Stephen very quickly started talking about the unprecedented planetary emergency we are facing. He spoke about climate change, population growth, and how we were walking into a future of collapsing ecosystems, food and water shortages, large-scale migration, and violent weather events. At the end of the dinner, he looked me in the eye and told me in his strong Keighley accent that I needed to take urgent action for the sake of my daughter.

There are moments in every artist’s life when the intellectual flight coordinates are changed resulting in a very different artistic trajectory, and this was one such moment. At first, it was hard to absorb everything Stephen was talking about as then – unlike now – there was very little concrete layperson evidence to support the points he was making. There were no floods, no forest fires, no pandemics. Indeed, climate change itself was not accepted as actual in mainstream culture and the concept of the Anthropocene – a new geological era describing the period when human activity started to alter the earth’s geology, ecosystems, and climate – wasn’t in current use. But Stephen presented so many compelling facts and burned with such a powerful mixture of rage and despair that I couldn’t look away.

First at the National Theatre and later at the Royal Court, I worked with Stephen and other theatre practitioners (actors, writers, and designers) to develop ideas for a performance to communicate the problem. However, the sheer scale of the subject kept overwhelming us, and we couldn’t find a theatrical form to contain it. Timothy Morton, professor in English at Rice University in Houston, exploring the intersection of object-orientated thought and ecology, later coined the term ‘hyperobject’ to describe environmental catastrophe. A hyperobject is a subject ‘so massively distributed in time and space relative to humans’ that it is hard to conceive, let alone communicate – and this was exactly our experience of trying to make a production. Again and again, we created characters and stories set in present-day realities or in imagined futures, but they all failed to encapsulate the enormity of the subject; in fact, many of our sketches ended up looking like scenes from cheap American disaster movies.

Then I suddenly realized that the only person in the room able to hold the complexity of the hyperobject in his head was the scientist himself and so, I thought, why not ask Stephen to do the performance instead of an actor? Stephen finally agreed, and we started working with the dramaturg Lyndsey Turner to turn his scientific parlance into everyday language, and order his expansive scientific knowledge so that it could be digested by a lay audience in a theatrical setting. The show, performed in July 2012, was a powerfully bleak monologue with graphic video support designed by Leo Warner and titled Ten Billion, and it certainly did not pull its punches. Stephen concluded the performance by saying he didn’t think humanity would make the changes necessary to mitigate the man-made planetary catastrophe and that in his view we were ‘fucked’.

Ten Billion was a threshold production for me, opening a strand of explorative work at the intersection between ecology and theatre (and later including the additional layers of feminism and race). This work has turned my own despair at what is happening to the planet into manageable action, pushing me to understand more deeply the limits of theatrical forms and their strengths too.

It was only later that I realized that there was a term for the theatre performance I was exploring: ecodramaturgy. Like the term ‘ecocriticism’ (which looks at how literature treats the natural world), ecodramaturgy brings an environmental lens to our theatre practice, both in terms of how it views play texts and how it challenges modes of performance. There are many definitions of ecodramaturgy, but for me it’s about ensuring that the content of a production and the performance form cohere with sustainable means of production. What does that mean to the practitioner on the ground and what would the audience see?

Well, the production I directed a year after Ten Billion in November 2013 explored an ecodramaturgical model. Lungs is a play written by Duncan Macmillan about a young heteronormative couple working out whether to have a child in the context of the environmental catastrophe, a conversation haunting many young people today. We staged the performance off-grid, meaning that we did not use any of the electricity the theatre building relies on but created the electricity needed for the performance live on stage. The two performers sat on stationary bicycles, pedaling to power the lights mounted on the handlebars which lit their faces. There were four other stationary bikes with four cyclists powering the sound system so that the audience could hear what the cyclists were saying over the noise of the bikes. These four cyclists also powered a tiny projector showing how many babies were being born over the 73 minutes the performance lasted. All the materials used – the bikes, the boxes on which the bikes were mounted, and the costumes – were made from recycled materials. Here we had the content – a conversation about whether to have children or not in the light of climate change – working hand in glove with the form – the actors powering their own electricity – and inside sustainable means of production.

In 2014, a year after Lungs, I returned to the model of scientist-as-actor, but this time working with Chris Rapley, professor of climate science at University College London. This time I brought a playwright on board from the get-go and Chris co-wrote the production with the playwright Duncan Macmillan, resulting in a piece called 2071 (the year when Chris’s granddaughter would be the age he was when he performed the show). Chris eschewed the despair of Ten Billion and the fear it generated, as he thought it would push people away from absorbing the information and taking mitigating action. Subsequently, in 2071 the presence of the scientist on stage was used to invite the audience to understand how scientists measure changes to the environment (like sea-level rise and CO2 in the atmosphere) and to describe what we all need to do as citizens to avoid 1.5 degrees of global warming.

In 2015, I returned to the canon to explore bringing an environmental lens to a well-known classical play. I directed Samuel Beckett’s Happy Days, changing the original setting from a dry scorched grass environment to a flooded domestic kitchen. The central female character, Winnie, was up to her waist in water in Act One and then up to her neck in Act Two, thereby putting the play in conversation with our ongoing global environmental anxiety about flooding.

After this, I took a gap of a few years, overwhelmed by the subject, and defeated by the failure of my own work about it - and indeed the failure of the global international community to do anything to mitigate what was happening to our environment. It was only when the pandemic hit in 2020 and my work came to a halt that I turned my thoughts to the subject again, aware that we were all now living through the events that Stephen and Chris had forecast nearly a decade earlier.

In July, I directed Houses Slide, a new composition by the composer Laura Bowler for chamber orchestra, electronics, and soprano about ecopsychology (or the psychological effects of climate change). This was commissioned and performed by the London Sinfonietta at the Royal Festival Hall, where I conceived an off-grid form with sixteen cyclists powering stationary bikes to provide the electricity for the lights on the music stands and the sound system. In fact, the soprano soloist was pedaling a stationary bike herself as she sang, and it turned out to be the first-ever bike-powered classical concert! Later in September, I opened two productions both powered by bikes; the first was a performance of Miranda Rose Hall’s A Play For The Living At A Time of Extinction at Vidy Theatre, Lausanne, and the second was Chris Bush’s play Not The End Of The World at the Schaubuhne, Berlin.

As well as being self-powered and using sustainable means of production, both plays explored the intersection between ecology, feminism, and race in radical theatrical forms. The performance at Vidy also created a new touring model where no materials or people moved between European venues; instead, a simple email is sent containing guidelines for a new local director and local performers in the next city to reshape and reconceive the production.

The thing that has struck me most about working on shows like this is how the parameters of content, form, and sustainable means of production is proving to be surprisingly creative and how it forces me as a theatre-maker to come up with different solutions for making work. Indeed, what I thought of at first as a process of reduction is in fact one of expansion.

In a recent article in the Guardian, Ben Okri wrote that he had ‘found it necessary to develop an attitude and a mode of writing that [he referred to] as existential creativity. This is the creativity at the end of time’. It’s the same with our theatre practice; we have to modulate the key to how we think about what we do, how we do it, and to make it sustainable – and it is an existential matter. But it’s also an unavoidable necessity as relatively soon – over the next few decades – there will be no alternative than to create inside this new world order.

Beyond Actor Training Practice: A Different Way of Being in the World

Alison Hodge – ‘Ali’ to everyone who knew her – was a remarkable actor trainer, and a leading...

How to practice self-care for teachers and students

You asked and we listened: introducing the Digital Theatre+ How-To Vlogs, short videos that...