Kathy A Perkins, multi-award-winning theatre practitioner, historian, Faculty Emerita of the University of North Carolina at Chapel Hill and the University of Illinois at Urbana-Champaign, and editor of seven play anthologies, writes here about her experience of designing Alice Childress’s long-awaited Broadway debut, in her (Kathy’s) own first Broadway production.

Throughout her life, Childress created many characters who, like the playwright herself, were outspoken and determined Black women. We were delighted when Kathy accepted the invitation to write about Childress for us, putting the show in some historical – as well as practical – context.

Kathy has also long been a fearless advocate for equity and racial diversity in the theatre, working hard in both the industry and the academy to bring attention to the overlooked talents of Black women in the theatre over many years. Her excitement about Childress finally getting the recognition she deserves speaks volumes about Kathy’s long-term commitment to social and cultural change.

This Broadway season, I had the honor of being the lighting designer for Trouble in Mind by the late Alice Childress. A play within a play which reveals racism and the stereotypical roles that Black actors were regularly cast in on Broadway, Trouble in Mind had a successful off-Broadway run in 1955. Optioned for Broadway, Childress spent nearly two years rewriting the script, but refused to tone down issues of racism or make the play more palatable to producers. As a result, they withdrew the option.

Had the play made its scheduled 1957 debut, Childress would have been the first Black woman to have a play produced on Broadway, preceding her friend Lorraine Hansberry and her play, A Raisin in the Sun.

Sixty-six years later, Trouble in Mind finally made its Broadway debut, thanks to the persistence and vision of director Charles Randolph-Wright. Designing Trouble in Mind was a high point in my career as both a designer and scholar, and also a personal journey for me. I not only knew Childress, but had worked with her as a director, and published the first collection of her plays. I can’t think of another play I would have wanted to make my Broadway debut with. 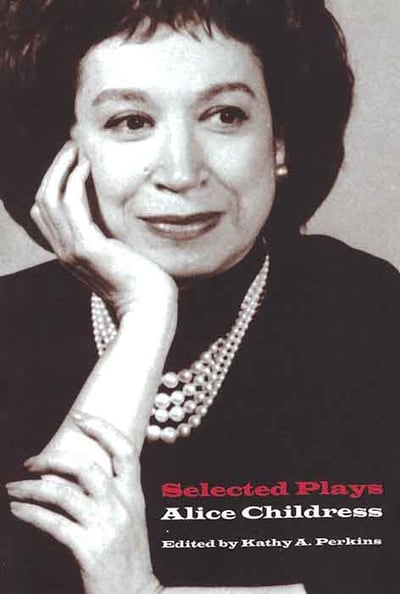 I first became familiar with Childress as a freshman in college and was awed by her lifelong commitment to fighting for change in the American theatre. I was fortunate to meet her in 1984 when I designed lighting for her play Gullah. We became friends and remained so until her untimely death in 1994. In 1989, we discussed my anthologizing several of her plays, including Trouble in Mind. At that point, Childress had given up on any of her plays going to Broadway and I had also given up the idea of ever designing on Broadway. We both knew Broadway was not a welcoming place for Black theatre artists, particularly those working behind the scenes.

Prior to the 2021-2022 Broadway season, it was rare to see more than one or two Blacks – if any – in the areas of production, particularly design, even for Black shows. While Trouble in Mind had been on the table for discussion prior to the global protests against police brutality that was sparked by the death of George Floyd, it was produced at a time when Broadway had finally begun to examine its lack of diversity. As a theatre historian with a focus on Blacks behind the scenes, my research reveals that I am one of seven Black lighting designers – and the second Black woman – to design in the history of Broadway. I mention this not only to show how far we’ve come, but how much work still needs to be done to achieve equity and diversity in the American Theatre. This season also witnessed seven plays by African American playwrights on Broadway and more people of color in design and production than ever before. I hope this is not a moment, but a movement.

Trouble in Mind was a pleasure to design. I had worked with Charles Randolph-Wright over a decade ago, and it was exciting to be part of the very supportive creative team that helped him to finally realize the dream he shared with me over the years. As Childress considered herself a realist, she wanted her productions to focus on the text and characters. I made sure the lighting was subtle but effective. If the audience left the theatre discussing the lighting, I would know I had failed somewhere along the way. My cues were extremely subtle, except for a few scenes where they were meant to make a statement. 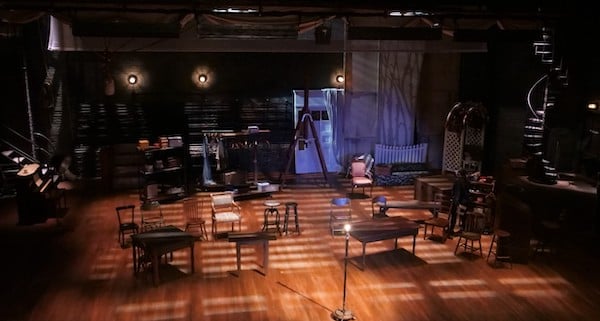 On this production, due to my connection with Childress, I was also able to have several discussions with the cast and share information about the playwright. I showed them a video of Childress that I had taped in 1993, during one of her last public presentations. This short clip proved instrumental in helping the cast understand who she was and what she stood for. During the rehearsals and once we opened, we did aftershow talkbacks. Sharing information about her was a bonus for me, as too many people are unaware of Alice Childress and her legacy.

I am sure Childress would have been pleased with the process and the final product. While she was not there with me physically on the show, her spirit was in the space from beginning to end. Trouble in Mind is as timely in 2021 as it was in 1955. What does this say about the progress, or lack thereof in the American theatre? I’m sure that Childress would agree that this is certainly her time and would be so excited to know her story is still relevant today. Alice Childress and Trouble in Mind have finally received the credit they deserve – and for me, that’s good trouble!

Reflections on the Music and Drama Education Expo 2021

Last week, we were delighted to attend the ninth annual Music and Drama Education Expo, held in the...

We were delighted to recently join forces with the Performance Design Educator’s Collective, the...

When everything went online in March 2020, students had to quickly move to producing work that...